This adorable, ouutdoorsy engagement shoot makes us want to grab our lover and hit the road! Captured by Outland Weddings, this shoot has so much wanderlust packed into one gorgeous gallery – it’s hard not to be obsessed.

While Kassidy and Nick were originally to have a ceremony in early May including all their family and friends, COVID-19 had other plans! They will still be officially married in May involving only the bride and groom’s immediate families, though the couple plans to have a larger wedding reception later on in September that will feature all the same amazing elements as were planned before coronavirus came along! Kassidy is planning for a warm palette of neutrals, rust and orangey shades. She says she loves the bohemian style which will work well with their September reception venue. She is most excited because her sister is a florist, and they’re having so much fun collaborating! Kassidy said, “I’ve been such a huge fan of the pampas/boho vibe that’s been trending this year, and so we’ll have lots of pampas throughout our wedding, and I am so excited to see it all come to life even if it will be later on this year!” Read on to hear Kassidy’s heartwarming story of how Nick proposed! Cheers to Kassidy and Nick!

From the bride: “Nick spent the summer in Africa on a mission trip, and we both talked about wanting to be engaged at the beginning of the fall, but he convinced me had not even bought the ring! I was sure it wouldn’t be until December or January. To my surprise, he already had it for a month or so. He led me to believe one weekend that we were going to his grandparents’ lake house in Eastland, Texas, for a nice surprise anniversary party for his parents whose anniversary was the weekend before. When we got to the lake house, I just assumed that everyone was down on the dock since no one was in the house. I walked outside thinking we would be saying, “surprise,” but actually Nick was the one who surprised me. He led me down to the dock, and I was shocked! I was completely surprised! The dock was decorated BEAUTIFULLY and the sunset on the lake couldn’t have been timed more perfectly. He got down on one knee and asked me to marry him. I think I hugged him for five minutes and was jumping up and down so much that he finally had to ask me to stop so he could put the ring on my finger (the horror stories of losing rings over the lake were running through his mind). The ring was PERFECT and just what I had dreamed of! A portion of the ring’s cost goes to building water wells in Africa and other countries and that was both important to us! He had everything planned out of it was the dreamiest day!”

Planning a wedding while you’re social distancing? Get our tips on planning from home here, and browse real wedding inspiration here. Happy planning! 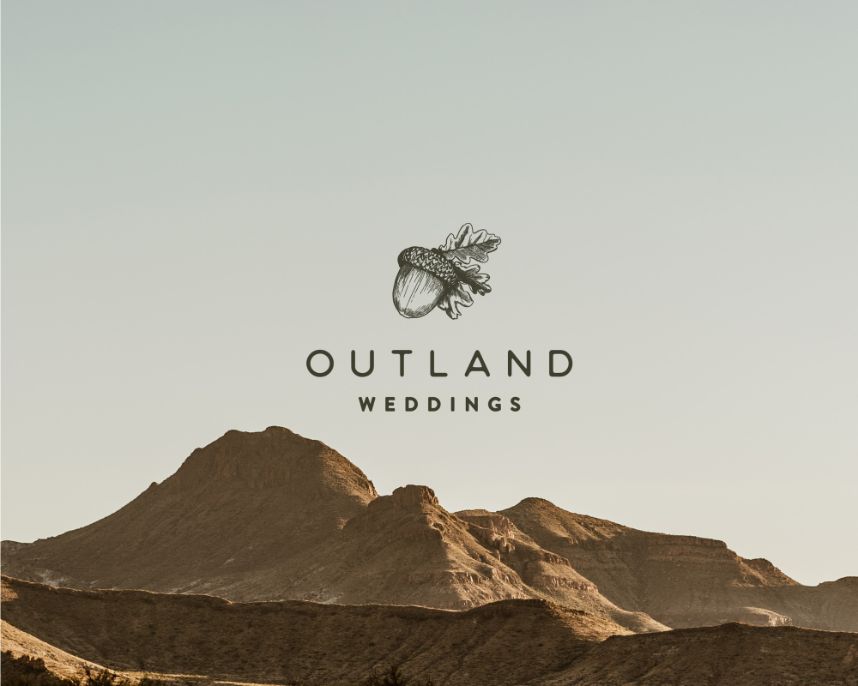 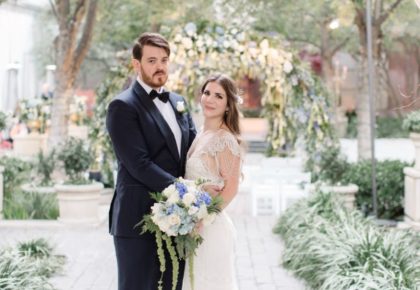 This Wedding Turned Downtown Dallas into an Urban Secret Garden 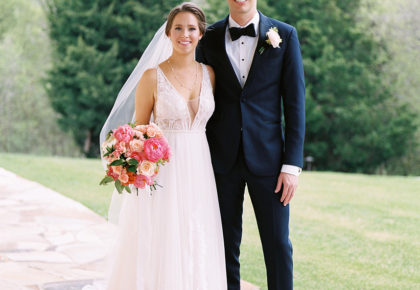 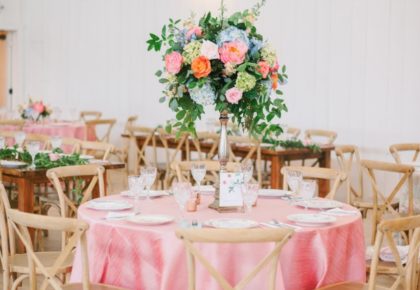 A Punchy + Bright Palette Made this Vintage Chic Wedding