Prepare to pick your jaw off the floor after scrolling through this jewel-toned glam affair: a luxury wedding planner open house hosted by The Joule Hotel! Several top Dallas wedding vendors came together to show off their skills and inspire wedding planners from all over with an over-the-top luxurious scene captured beautifully by Courtney Hanson Photography. The Joule‘s moody and modern space served as the perfect backdrop for this impressive Wedding FAM event that infused purples, golds and acrylics into every detail, taking jewel-toned glam to a new level! Posh Couture Rentals provided many of the rentals to help bring the reception scene to life, with a U-shaped table setup ensuring an intimate yet incredibly elegant feel. As guests walked in, they were greeted by shimmering lights, candles galore and cascading florals with blooms of every shape and size. Plenty of visually interesting details everywhere you turned, from the stationery to the table settings and catering, made this jewel-toned glam soirée at The Joule absolutely unforgettable and surely inspiring to all in attendance. We hope you love scrolling through these photos as much as we have! Cheers!

This fall floral-filled open house at Le Meridien Dallas, The Stoneleigh in Dallas included the surprise of a lifetime: the stand-in bride and groom were actually real-life bride and groom, and this wasn’t just a styled wedding event – it was also a real wedding! Meke and Antonio enjoyed a destination wedding in Cabo San Lucas, but wanted a way to celebrate locally with friends and family who couldn’t attend their Mexico nuptials. Enter: The Stoneleigh Wedding, an event for wedding professionals as well as future brides and grooms. Meke and Antonio modeled for the event but invited their loved ones to enjoy “dinner” as a way to surprise them as they walked down the aisle to a real ceremony unfolding before everyone’s eyes. How unforgettable!

A historic venue in the heart of Dallas, The Stoneleigh hosts weddings of all sizes and styles. For this event, bold ruby tones, overflowing blooms and art deco details played up the venue’s aesthetic, and Top Tier Event Rentals of Dallas helped transform the ceremony and reception areas into a magical setting for this one-of-a-kind wedding. Read below to hear more of this special couple’s story! Cheers!

About the event: “For Meke Stephens and Antonio Smith, both hair industry professionals in the Dallas area, it took crossing paths for a year and half for the two to realize they were meant to be. Four years later, the happy couple was vacationing in Cozumel, Mexico, when Smith dropped to one knee and proposed. With the plan to get married in Cabo San Lucas, Mexico, Stephens and Smith wanted to find a way to have a ceremony in Dallas for those friends and family that wouldn’t be able to make it to their destination wedding. The Stoneleigh, a luxury boutique hotel in Dallas, came to the rescue.

‘Our minister called me one day and explained that he had a friend who was organizing a wedding open house at The Stoneleigh, and that they wanted a bride and groom to actually get married,’ Stephens explained.

“After meeting with wedding planner Marion Marshall of Absolutely Blooming, the couple agreed to be a part of The Stoneleigh Wedding, a semi-private progressive wedding open house for wedding planners and engaged couples. The magical evening would feature gourmet desserts and beverages, informal modeling and various entertainment in the enchanting backdrop of The Stoneleigh, complete with indoor and outdoor settings including the majestic historic penthouse on the eleventh floor featuring Art Deco elegance and sensational views of the city skyline. They would surprise friends and family members with an actual wedding! Stephens and Smith told their unsuspecting guests that they were hosting a reception at The Stoneleigh for those that couldn’t attend their wedding in Cabo.

“Just four weeks later after speaking with the event planner, the surprise wedding was underway. The ceremony took place outside in The Stoneleigh’s courtyard on a crisp fall evening. Students from the Booker T. Washington Jazz Choir began singing as guests were asked to take their seats. To everyone’s amazement, Smith joined the minister at the altar as Stephens started to glide down the aisle.

‘Most people assumed we were treating them to dinner,’ said Stephens. ‘So they were shocked with joy when they realized that we were actually getting married.’

“Both weddings – the ceremony in Dallas at The Stoneleigh and the celebration in Cabo – will hold special places in their hearts, and the newlyweds plan to celebrate two anniversaries every year.”

Whether you’re planning an epic getaway after your sparkler exit, looking for transportation to and from the ceremony and reception space or are needing professional parking for your event, we’ve got you covered! Take a peek below at our curated list of DFW’s hottest wedding transportation services offering everything you need from vintage cars to an expert valet team. 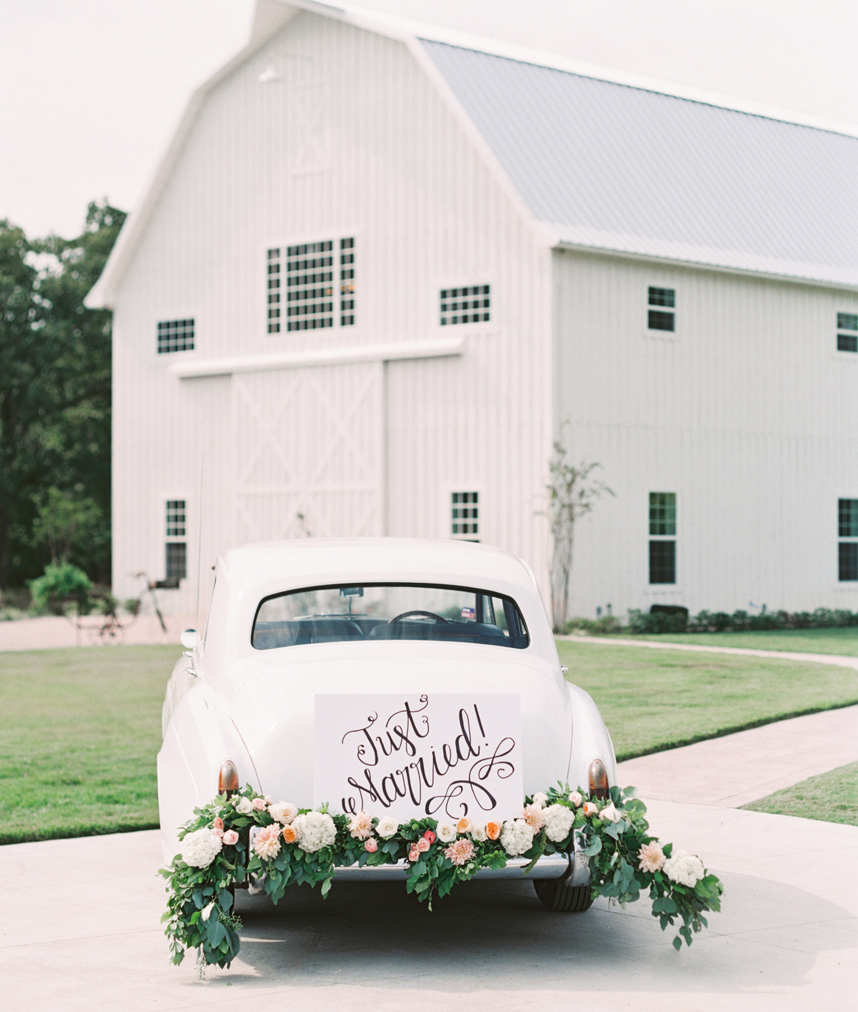 To make your exit a lasting memory, Blue Diamond’s vintage car selection will be sure to impress your groom and your guests! Try a Rolls Royce, Bentley or Cadillac convertible on for size, or choose a trolly or charter bus to transport your entire wedding party from ceremony to reception. No matter your choice, your transportation will be a breeze with this favored DFW company! 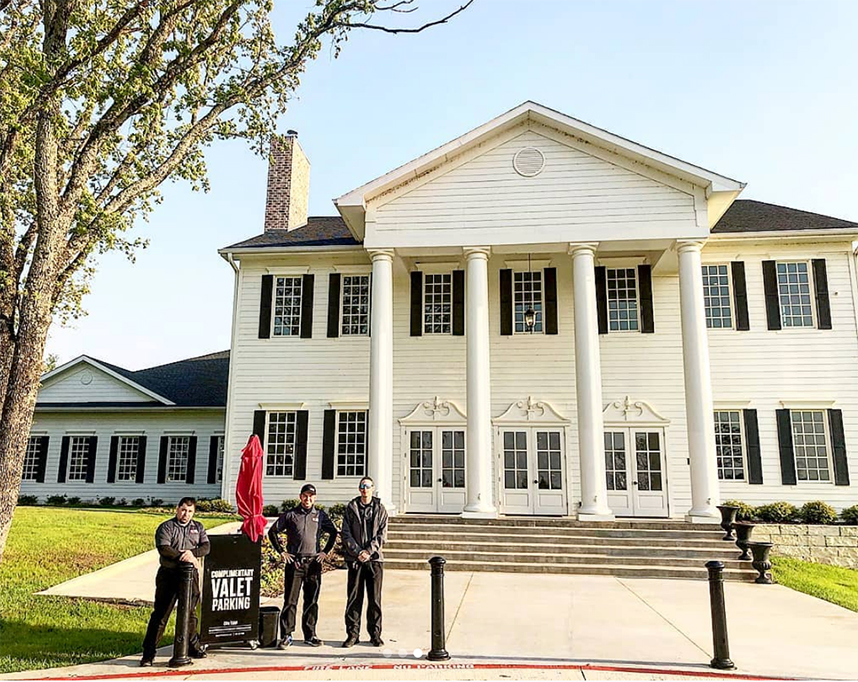 You want to ensure your event is the best ever, which means hiring the best staff and offering the best service on your big day. Allowing your guests’ first interactions with your event or business to be with Elite’s experienced valets will ensure they are impressed from their first steps out of their cars. Since its founding in 1995, Elite’s owners personally take the time to understand the full scope of your valet parking needs. You get a plan fully customized for your event including the option to have staff members dress in uniforms that match your event’s theme and offer a greeting of your choice. 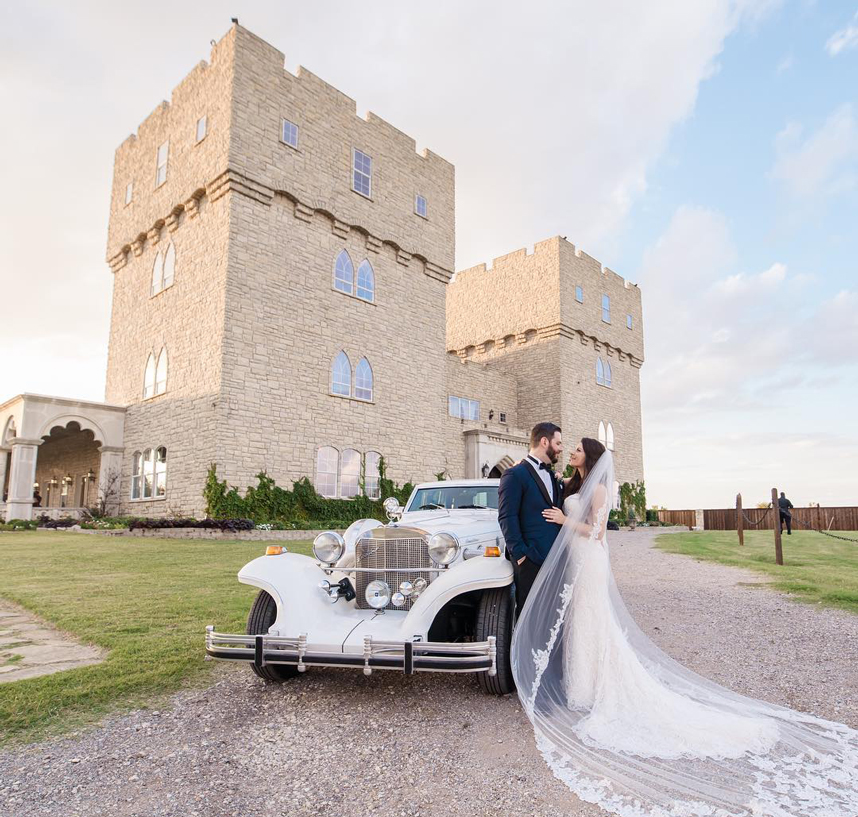 Fantom Coach Limo, a classic car business for weddings and special occasions, has been family owned and operated and servicing the Dallas Metroplex since 1995. The continuously growing company brings in new, specialty vehicles regularly, such as their most recent vehicle, the Excalibur, to provide a distinguished service for their customers. 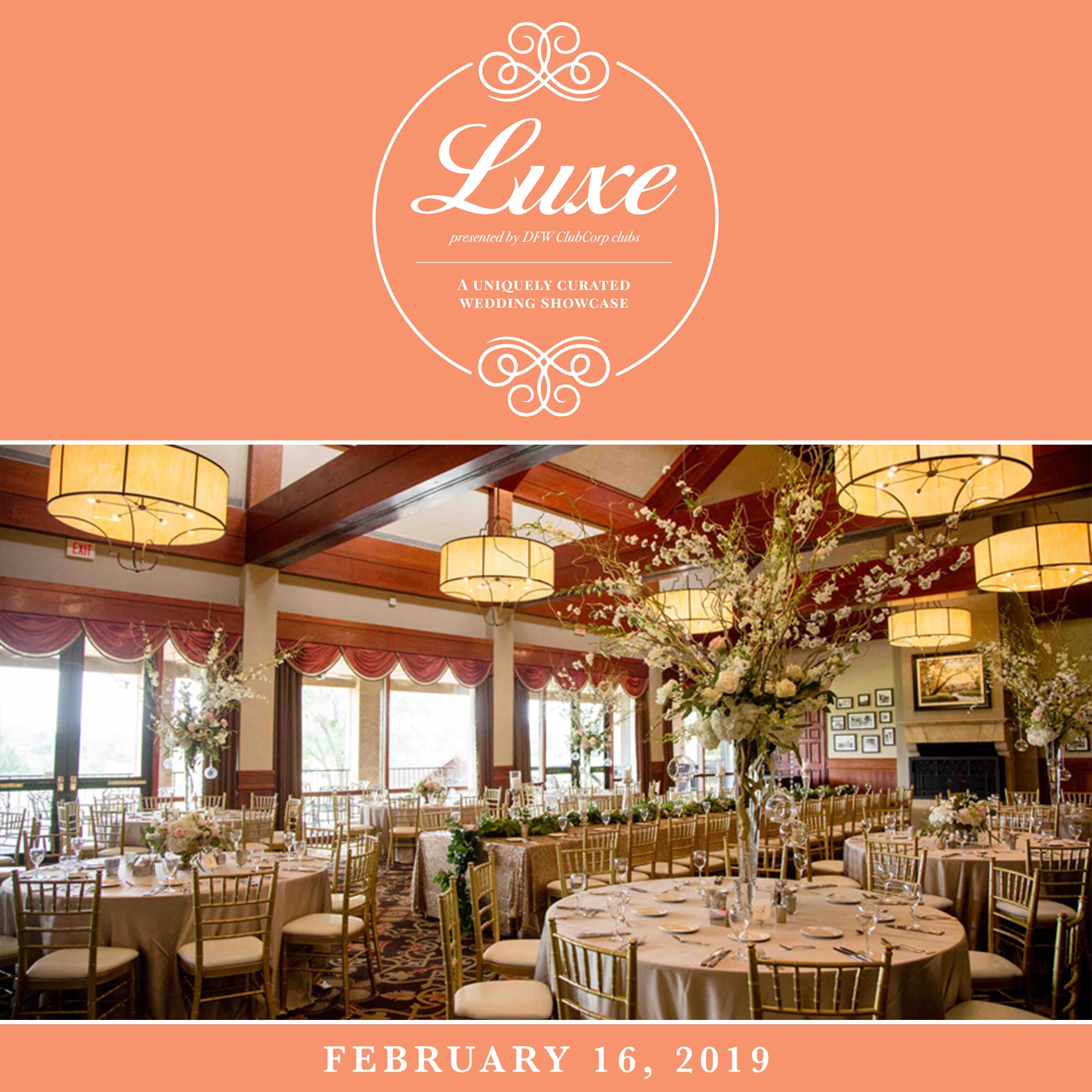 PLUS, as an attendee, you can Win-A-Wedding at one of the featured Club Corp private clubs! At the closing reception, compete for the chance to win a wedding ceremony and reception, engagement part, bridal shower and any other wedding related event valued at $10,000! Register online for the event here. This is such a great opportunity to look inside a variety of country club venues across the metro in one day!

Take a scroll through this dapper Dallas Arboretum engagement session from Jacque Manaugh Photography! Jacque captured many sides of Rory and Martese’s relationship, from playful and laughter-filled to serious and romantic. The trellises and stately columns of the arboretum gardens were the perfect backdrop to showcase their love as the sun set over White Rock Lake in Dallas. Read more below to find out how this special couple met and the sweet way Martese proposed!

How they met and became engaged: “Martese worked for a local non-profit organization here in the Dallas area. Part of his job was to do community outreach and networking. One evening while doing community outreach, Martese met Rory. The two had great conversation and exchanged numbers, that following Sunday they hung out all day and became close. Martese proposed May 22, 2017, during his birthday brunch celebrating his 31st birthday. The brunch was full of family and friends, all of whom Rory and Martese love. The proposal was a complete surprise to Rory. Midway through the brunch, Martese made an announcement about how happy he was that everyone had joined and how important each one of them were. He then played a video on the projector that showcased photos of he and Rory. Throughout the video, Martese described his love for Rory and how he had grown through the love and support from Rory. When the video ended, Martese got down on one knee and simply asked, ‘Will you marry me?’ After the shock wore off, Rory said ‘Yes!'” Book now through September 30th to receive 20% off your rental fee at Legends Hall at The Marq Southlake!

Legends Hall at the Marq Southlake

Legends Hall at The Marq at Southlake