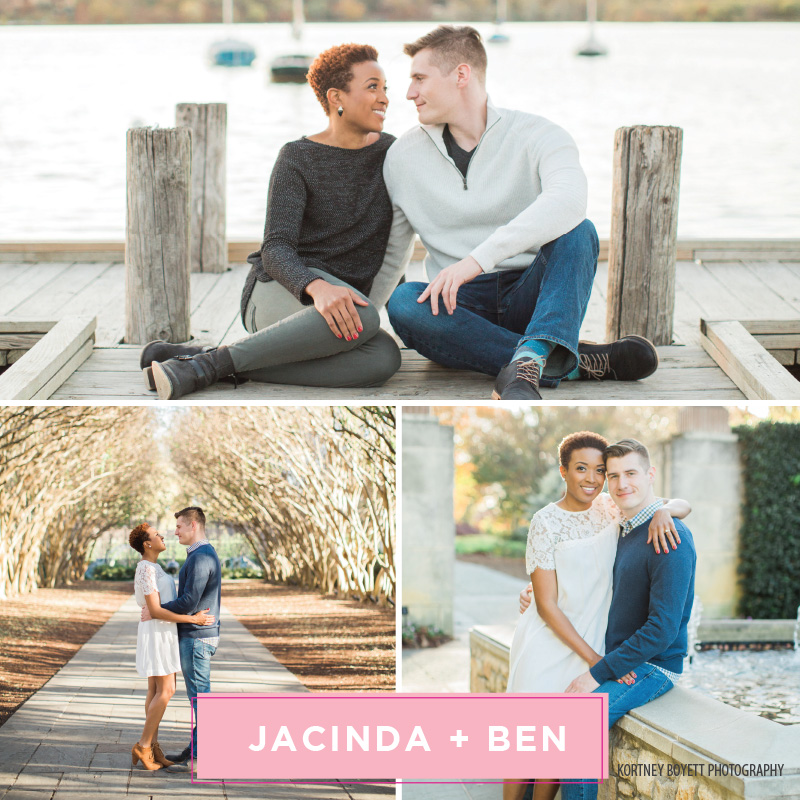 Jacinda and Ben met in April 2014 during her first trip to Dallas. That night, they held hands, danced and felt as though it were just them out that night. Unfortunately, the groups split, and they chalked it up to a fun vacation night. Ben didn’t give up so easily. He texted his friend who eventually got Jacinda’s number. Fast forward a year, he’d asked when Jacinda would be back in Texas, and she told him she would be in Austin in February of 2015. He planned a trip there too, just for her, which she didn’t realize until later! They ended up spending the entire weekend together. Fast forward another year, February of 2016, Ben told her that they were staying at The Driskill in Austin for their one-year anniversary. As they approached the grand staircase, she knew what was about to happen. They reached the bottom of the staircase and he got down on one knee. When they walked outside, there was a horse drawn carriage and they road around the city. Afterward, they ate a fancy dinner, changed clothes and retraced the steps from their initial date in 2015.