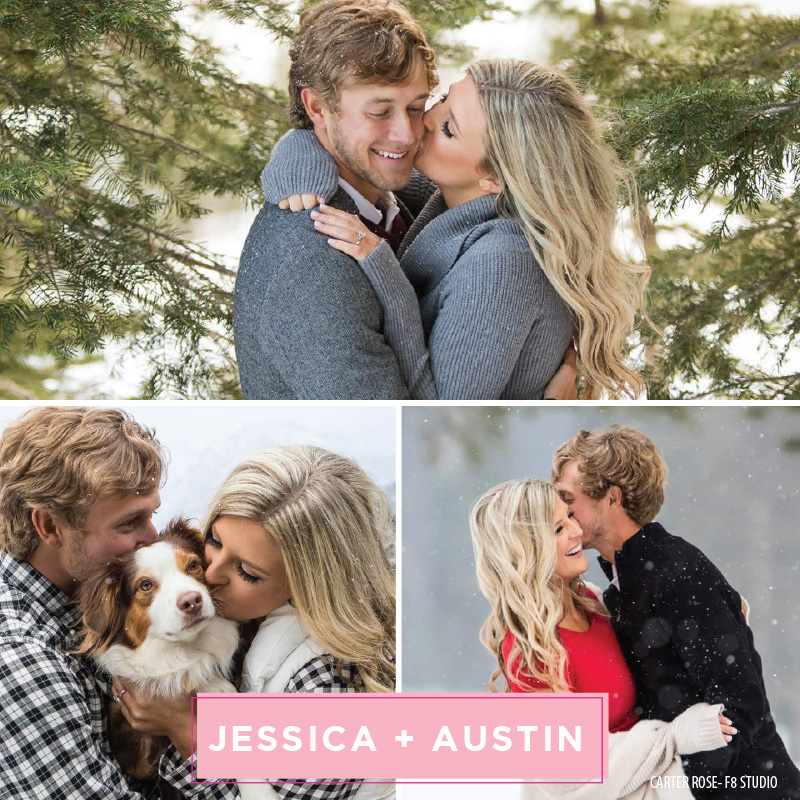 Austin told Jessica earlier that day that they were going to have a cocktail at reunion tower. He always knew he wanted to propose somewhere that they could see for miles and a place they could take their children one day. When they got to Reunion Tower, they took an elevator up. Jessica would later find out that there were others going up on a separate elevator. When they got to the top they walked around a couple a times and then Austin told Jessica to count how many planes I could see. She started counting and turned to tell him that she could see 8 planes. But when she turned around Austin was on one knee, proposing! She then realized at that moment everyone who was on the deck with them were now inside at the window. They had cleared the deck completely off so that just the two of them were outside. He then told Jessica to turn around where she saw her best friend and his little sister standing there who had flown in from California! It was such a special touch!