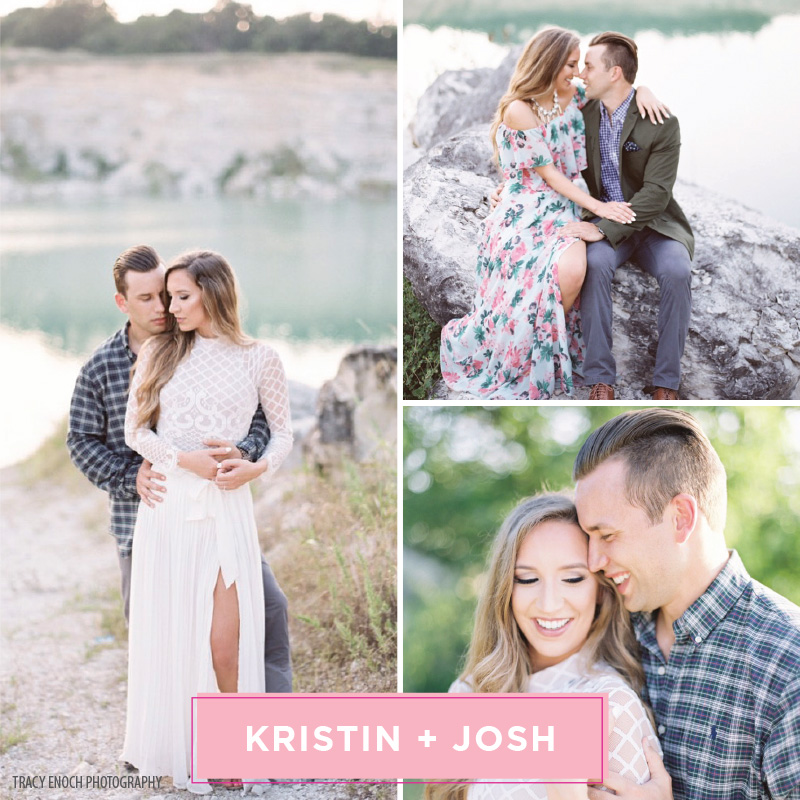 Saturday, Feb 20th was the day of Josh’s birthday party. His mom throws him one every year with friends & family invited. The couple was running late and arrived at his mom’s house but had to walk through the backyard of the house. Immediately she saw the most beautiful decorations on the patio. There were string lights everywhere, fresh flowers & rose petals all over the ground. We walked into the gate to look at all the decorations his mom set out for his birthday party (or so she thought). But she immediately gasped while looking around the patio realizing these decorations were not for a birthday party at all. Kristin turned to look at Josh and saw he was already down on one knee. She realized these decorations, instead, were a surprise to celebrate our engagement! All of their friends & family poured out of the back door to congratulate them. They had been hiding inside the entire time watching the proposal! Soon, all the little details to build up to this moment started unravelling. It turned out everyone was in on the surprise, somehow! Later she found out he hired a photographer to capture the proposal. He hid in the bushes to take photos and record the proposal as well. Of course, she said yes!