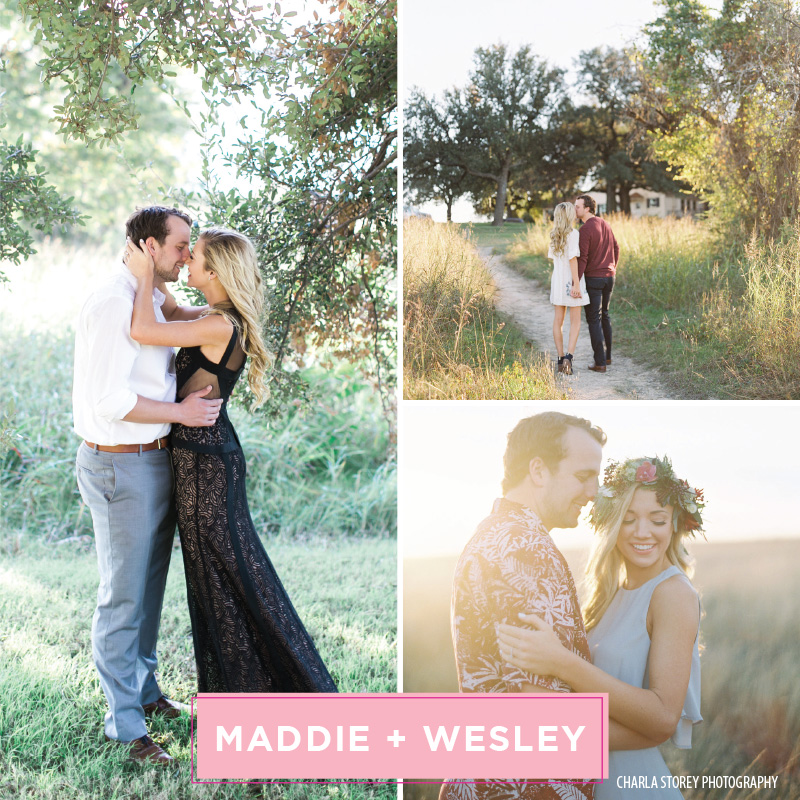 Wesley spent months planning the perfect engagement! It started at church on September 4th. Maddie and Wesley went to church with some friends, and then Wesley took Maddie to brunch after. During brunch he was so nervous and then he explained that he left his wallet in the car before awkwardly throwing a note at Maddie and running off. The note mentioned how fun this specific day would be and how each note would talk about things that he loves about her. About 2 minutes later, 2 of Maddie’s best friends walked in and took her to get my nails done. Then, 4 of his best friends picked her up and took her to her favorite bar. From there 2 more of her best friends took her to get ready, and then to dinner. The whole day he had been sending her letters! After dinner, they started driving a very familiar path, the road to her parent’s house. When they drove down her parent’s driveway, she was amazed to see all of their family and friends lining a candlelit path to a gazebo. Each person had a letter from Wesley that Maddie read. When she finally made it to the end, Wesley was waiting there for her. He read her the 37th letter and then got down on one knee and proposed. He then washed her feet and prayed over her. It was such a sweet and joyful time! They then walked up the path to her parent’s house where there were 80 friends/family members there to surprise her! It was the best day ever!