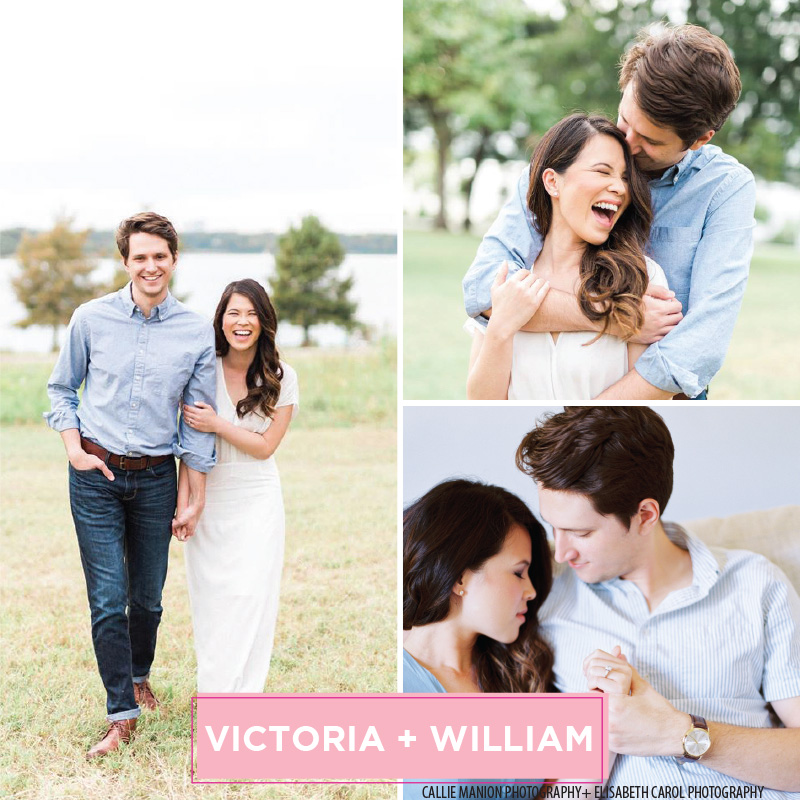 Michael, Will’s brother, was about to graduate from Texas Christian University, so he asked Victoria if she would take his senior photos. She agreed and the plan was to do a double date after the photos were taken. They went to the Ft. Worth Botanical Gardens, camera in hand, and began to scope out the best spots for photos. As Victoria was walking, Will popped out from the corner of a tree and completely startled her. She was very confused and asked if he gotten her text about meeting up after the photoshoot. Will smiled and asked if he could see her camera. “You won’t be needing that” he grinned. He took her by the hand and led her down some steps. He seated her on a stool and picked up his guitar. Will handed off the camera to Victoria’s best friend and then it finally dawned on her what was actually happening. He started to sing a song that he wrote about their relationship and future and Victoria began to cry. While he was singing, all of her family and closest friends appeared, which then triggered even more tears. After Will finished his song, he got down on one knee and asked Victoria to be his wife. She squeaked out a yes in disbelief! After countless hugs, kisses, and photos, they celebrated with everyone over tacos for dinner. She could not have asked for a better proposal and is still in shock that Will managed to keep EVERYTHING a secret. The Couple will get married in Ft. Worth Saturday, March 11, 2017 at BRIK.