One day when Andrea’s mother was chatting with a friend, the pair discovered they shared something in common: charismatic children who happened to be single. The mothers decided to set their children up on a blind date, which is how it all began for Andrea and Bryan. Turns out, Andrea and Bryan had a lot of similar interests on top of their collective charisma. Andrea and Bryan had seen photos of each other before they met, but that was about it. When Bryan arrived to pick up Andrea for their first date, they quickly discovered they enjoyed qualities in the other. The couple got to know one another at Lili’s Bistro on Magnolia. Dinner soon turned into drinks on the patio at Brewed and they both agreed their mothers were on to something. Beneath his lumberjack appearance, Andrea liked his level-headed way of thinking as well as his humor. Not one to be embarrassed, Bryan can always make her laugh with his “dad jokes.” He felt like he had known Andrea for a long time and thought she was very “visually appealing.” Thinking back to their first date, the pair fondly remembers the conversation that came so naturally; the evening was truly effortless. Bryan was finishing school at Texas Tech University and working in Lubbock, while Andrea had graduated from the Fashion Institute of Design & Merchandising in Los Angeles and was living back in the DFW area. Luckily, Bryan only had the summer semester left until he could head back home. Despite all the hustle and bustle in the early days of dating, Bryan knew Andrea was special soon into the relationship. After a year of dating, he was certain he was going to ask her to be his wife.

About six months later, Bryan began planning a memorable and meaningful proposal. First off, he connected with a friend who happens to be a jeweler. His friend helped guide Bryan in selecting the perfect sparkler for Andrea. To pop the question, he planned a recreation of their first date that happened to be around their dating anniversary, which means Andrea didn’t expect anything out of the ordinary. Exactly like their first encounter, Andrea and Bryan enjoyed dinner at Lili’s and then went for drinks at Brewed. On this particular Texas June day, the sun was beating down hard on their nostalgic patio. Despite this, they sat at the same table they had on their first date – Bryan had reserved the special spot – but the rays were too hot so they had to change tables, much to his dismay. To carry out the actual popping of the question, Bryan planted “actresses” (friends of their mothers) at Brewed. Their ploy was that they were with a magazine and asking couples to take part in a mock “Dating Game” using chalkboards. (They even visited several tables to truly pull off the ruse!) The second question for Andrea and Bryan was, “What is your significant other’s favorite beer?” While Bryan nervously scrawled, “Marry me,” Andrea was racking her brain trying to think of his favorite beer. Finally, she wrote something and flipped the card just as he was fidgeting with the ring in his pocket while getting on one knee. Taken aback, Andrea excitedly said yes as everyone on the patio cheered for the newly engaged couple. The celebration continued next door at The Live Oak with a surprise party with family and friends – many of whom were watching the proposal from the venue’s rooftop overlooking Brewed! Throughout the following eleven months, the couple eagerly counted down the days to their nuptials. The most important aspects of their special day was keeping things organic as well as providing a unique evening for their guests. To accomplish this, Andrea sought out wedding planner Jen Rios. Jen helped with everything – from selecting the venue to choosing the right blooms. Since Andrea dreamed of being wed outdoors, the couple aimed for the springtime to combat the Texas heat. They fell in love with 809 at Vickery; Andrea and Jen saw the space as a blank, industrial-looking canvas. They booked a May wedding and focused on selecting the perfect flowers and, of course, a fabulous gown. Andrea wanted the day to have an earthy feel. She wanted the flowers to give off the vibe that they had been growing in the rustic space for years, while still looking beautiful. Taking that direction, she asked Oh Deery Floral to use a lot of greenery with soft floral touches.

Having an affinity for fashion, Andrea had a very specific vision for her wedding dress. After trying on tons of dresses, she found exactly what she wanted in a form-fitting Martina Liana frock that evoked a true European feel. She loved that the dress had everything she wanted: an elaborate back detail and plenty of lace features. A feeling of calm enveloped the couple on the morning of their wedding. Andrea was excited and looking forward to a fun day of pampering with her best friends while Bryan teed off on the golf course with his closest buddies. Andrea shared an emotional first look with her father where they both shed excited tears. When there was about thirty minutes until the walk down the aisle, Andrea and Bryan began to feel the anxious butterflies. Clutching the arm of her father, Andrea started to speed down the aisle to Bryan. She slowed her pace a little after her father told her she was walking quite fast. Bryan lost his breath when he saw Andrea walking toward him recalling her look as indescribable. The couple was married beneath a gorgeous altar created by Oh Deery Floral: greenery wrapped around the structure with delicate peonies and ranunculus serving as the subtle accents. After they said, “I do,” guests enjoyed cocktail hour. Andrea and Bryan were then introduced at the reception, and they immediately went into their first dance as husband and wife – Leon Bridges’ “Coming Home.” Signature Band got the party started for guests as they enjoyed Magdalena’s fare that included lamb chops, paella, elk sausage, and mac and cheese orzo. Jar Cakery created a delicious Italian cream cake and a chocolate cake with chocolate ganache. Bryan – an ice cream lover – opted for Melt Ice Creams, which was a crowd-pleaser. Toward the end of the evening, Holy Frijoles provided a late-night snack for the couple and guests. The couple recalls their day being filled with so many wonderful emotions and memories. To have all of their loved ones in one space was extremely meaningful to Andrea and Bryan. For the perfect ending to the most special day, guests waved flickering sparklers to see the newlyweds out and they were whisked away in a vintage white car. The following day, the couple enjoyed brunch with family and soon after departed for their honeymoon in Punta Cana. Andrea and Bryan soaked in their romantic beach vacation complete with plenty of sun, coconuts and rum. Andrea and Bryan are currently living in North Fort Worth where they are reveling in married life with one another. They both love having their special someone to come home to as well as their precious chocolate Labrador retriever, Reagan or “Brown Dog.” Most of all, both are thankful they went on that blind date years ago set up by their lovely mothers. 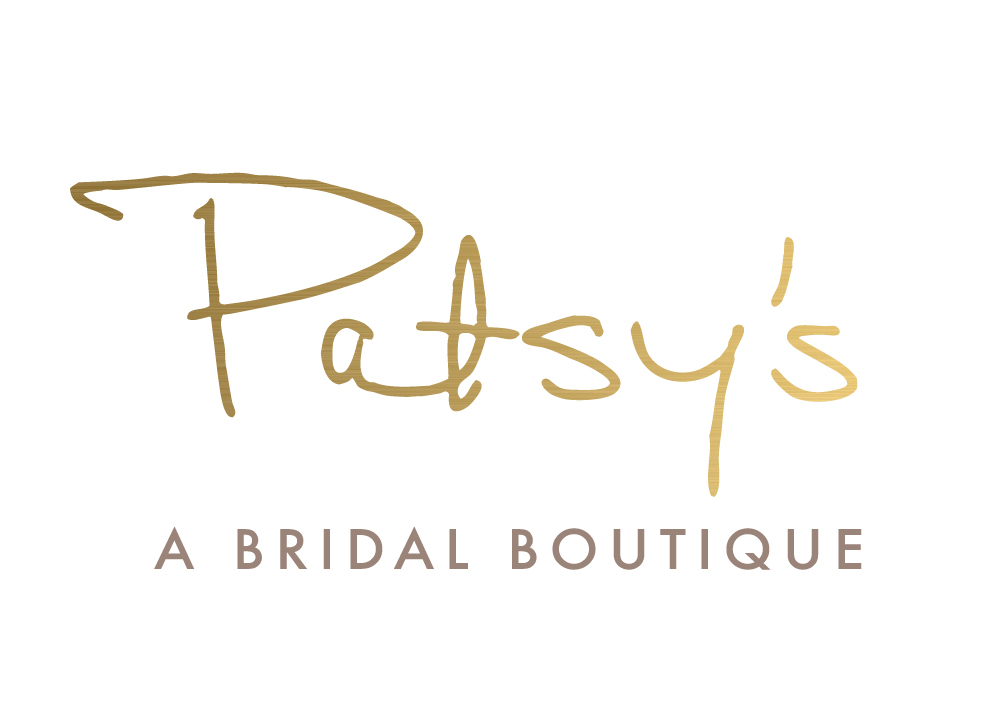 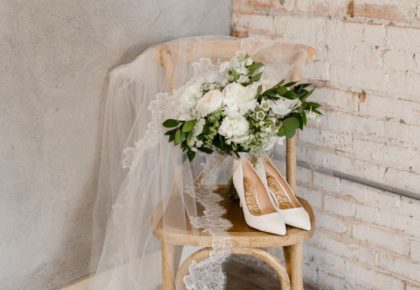 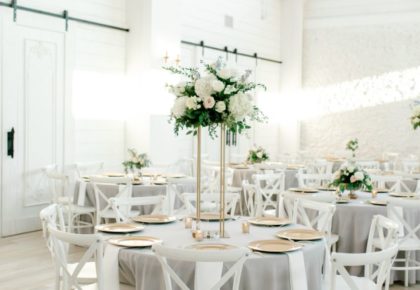 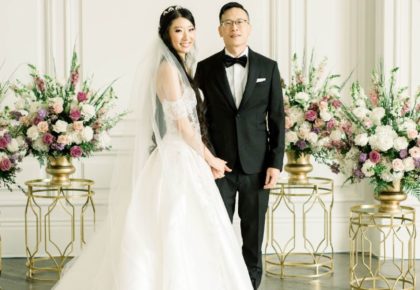