SWEET BEGINNINGS: Gina and Austin met on her living room couch thanks to Gina’s brother-in-law. When Gina first moved to Midland, Texas from Wisconsin, she lived with her sister and brother-in-law. Her sister and brother-in-law invited their Baylor friends over to watch the first conference game of the season. When Gina walked into the house after running errands with her sister, there was Austin waiting on the couch for her. It didn’t take him long to walk over and strike up a conversation!

PERFECT PROPOSAL: The week of the proposal, Gina and Austin’s friends invited them to go to Lajitas Golf Resort, which is surrounded by Big Bend National Park. When they arrived, they just missed their friends who had left for the golf course. Luckily, Austin had booked Gina a massage that afternoon, so he went to meet their friends on the back nine while Gina got her massage. After golf and her massage ended, the couple got ready for dinner. Austin asked if she could be ready early because he wanted to take a golf cart up on the greens to watch the sunset over the mountains. When she was ready, Gina and Austin cruised through the course. Austin told her to watch for hole 13 because it has the best view. They stepped out of the cart at hole 13, and Gina turned to see Austin reaching into his pocket and getting down on one knee. His proposal was short and sweet, and she said yes! After the initial excitement, he confessed that their friends were never even there; it was all a ruse to whisk her away so he could propose without her being suspicious. At that point she cried, because it hit her that he had planned all of that just for her.

GARDEN PARTY: Gina and Austin opted for a white-and-gold polished garden party. Gina has always been drawn to modern, simple and timeless things, so this color palette and theme came naturally. She loves gold and knew it would be the perfect accent color. The natural colors of the lake at their venue were gorgeous, from the sun to the trees and flowers. Gina decided on white as their primary color, as to not distract from the natural setting of their wedding day. 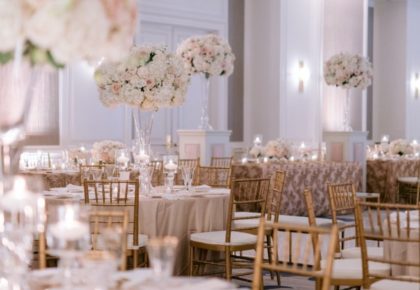 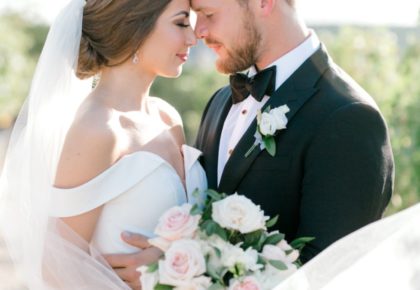 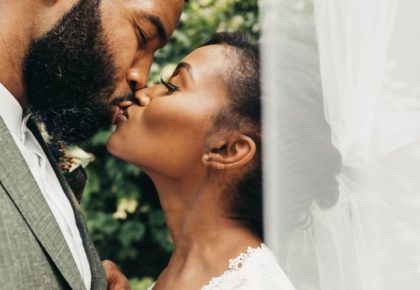