SWEET BEGINNINGS: Michelle was born and raised in Dallas. After high school, she moved to Houston to attend the University of Houston to major in business. To network and make new friends, she joined a business organization that Ralph happened to create and serve as president. Ralph remembers introducing himself to a shy and timid girl, but little did he know, that girl would be his future wife! They became very close and eventually decided to become more than friends.

THE SETTING: The ceremony was held on The Venue at 400 North Ervay’s rooftop garden. Guests were able to see the skyscrapers and take in all the energy from being in Downtown Dallas. The reception was held in the lower-level courtroom. This unique room is accented with hand-carved wood wainscoting, restored French painted ceilings, and natural light with floor-to-ceiling windows.

MOST MEMORABLE MOMENT: The most memorable moment from the wedding was during the exchanging of vows. During a bible study lesson when Michelle was 18 years old, she wrote a letter to her future husband. Nine years later, she read that unopened letter to Ralph. The words written as her 18-year-old self to the future husband she had no idea who he would be were powerful and meaningful. There was not a dry eye in the house!

SAVORY SWEETS: Michelle and Ralph’s cake was vanilla with buttercream icing (Michelle’s favorite!). It included four tiers with a spiral technique that continued throughout the cake.

PRETTY PAPER: Michelle and Ralph’s extravagant invites were designed to make guests feel as though they were opening a Chanel or Jo Malone perfume box, two of the bride’s favorite perfume brands.

SPECIAL TRADITIONS: Michelle is Vietnamese and incorporated her heritage into the wedding by wearing a traditional silk gown (áo dài). She wore a custom-designed white lace áo dài with a silk and lace embroidered circle crown. The áo dài featured a four-foot train, sweetheart neckline, and a high collar lace overlaying the silk underneath.

featured in this post
Brides of North Texas
catering 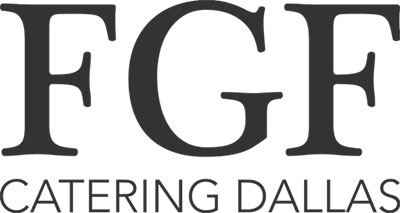