SWEET BEGINNINGS: Emily and Chad met while helping out at their young adult ministry called The Porch. One evening after The Porch ended, Emily and Chad enjoyed each other’s company during a long conversation. The two started dating shortly after that night and the rest is history!

A PERFECT PROPOSAL: After a last minute weekend schedule change – so Emily thought – the two headed out to have dinner with his parents. Chad mentioned they were early to dinner and asked Emily if there was anything she would like to do before. Emily conveniently wanted to go to Lake Grapevine and sit at “their spot.” While reminiscing about their first date, Chad asked Emily to stand up as he bent down on one knee and asked her to marry him!

THE SETTING: Growing up in Dallas, Emily had always dreamed of getting married at the Dallas Arboretum and Botanical Gardens. Emily and Chad said their “I dos” during a beautiful night ceremony lit with café lights and lanterns surrounded by lush flowers and greenery.

HUES TO USE: Emily and Chad had a classic romantic wedding with hues of ivory, navy and a hint of blush pink. Emily’s favorite color is navy so she thought it would be a great contrast with the bridesmaids against her white dress and the lush greenery of the arboretum. 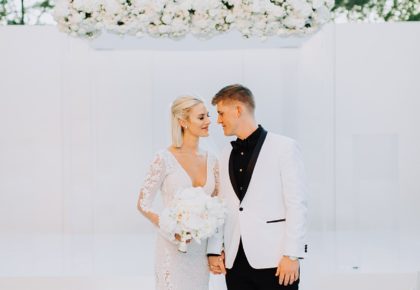 This Stunning Modern White Wedding Has a Gravity Defying Surprise! 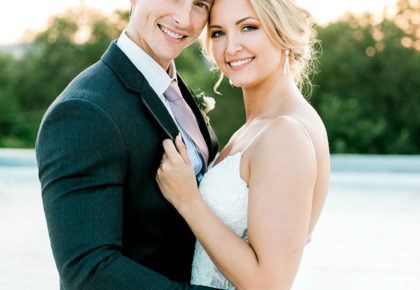 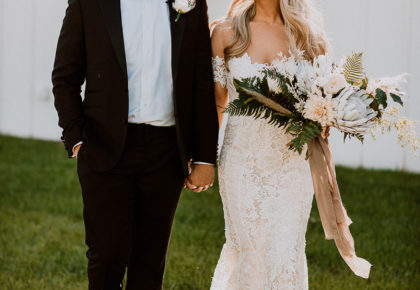 This Must-See Wedding was Infused with Coastal Details