Hip, modern and fresh, these edgy romantic engagement photos of Nicole and Robert are so swoon-worthy and full of emotion! Valerie Thompson Photography knocked this session out of the park, kicking it with the couple in different Dallas locales like the Belmont Hotel, Trinity Groves and even Four Corners Brewing Co., where Nicole and Robert will be married! What an adventure! The level at which these two adore each other is more than evident in these sun-drenched edgy romantic photos, as Valerie caught their many sides, from playful to sultry to sweet. Her artful, moody photography styled perfectly captured the love between this gorgeous couple, giving them such a stylish, cool vibe. We can’t get enough! Read on to hear more of their sweet story and how they got reconnected after ten years. Cheers to Nicole and Robert!

From the bride on how they met and got engaged: “We actually met in high school. I worked for Robert’s mom, who owned a clothing boutique in McKinney. We aren’t the same age; Robert is a bit younger than me, so we didn’t interact too much except for the occasional times when I would help his mom and pick him up from school (we laugh hysterically thinking back on those car rides now). Fast forward ten years later and a mutual friend that cuts both of our hair reconnected us and asked if she could give Robert my phone number. He called and asked me to dinner, and from that night the rest is history. We have been together ever since.

For the proposal, Robert took me back to McKinney Boyd where he first remembered seeing me when he was a freshman. He took me back to the exact room and had roses petals, candles and a sign that said ‘Merry Me’ (it was Christmas Eve so he played into that with the ‘Merry’ part). It was one of the most thoughtful things I have ever experienced.”

featured in this post
Brides of North Texas
venue 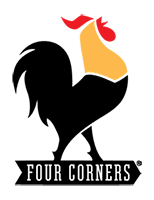