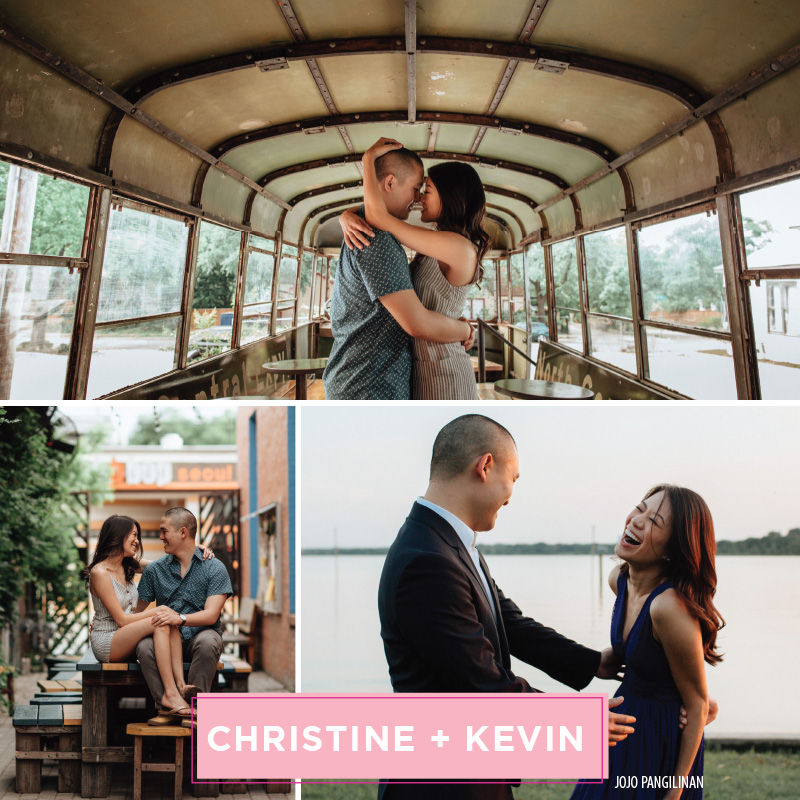 Kevin knew after the first date that he wanted to marry Christine. He quickly enlisted the help of Christine’s sister, Amy, to help garner brownie points with his future In-Laws as well as plan the details of the proposal itself.

After getting the ring, Kevin had an elaborately planned proposal for Christine. However, one evening, Kevin and Christine were sitting in the driveway of Christine’s family’s home in Arlington, TX. After having a long heartfelt conversation about family, faith, and life, Kevin knew that this was the moment he had to propose. Fortunately, he happened to have the ring with him.Abandoning his original plans, he asked her to dance in the middle of the street. After swaying in the moonlight for a few moments, Kevin eventually went down on one knee…

Christine, uncertain of what was happening, picked Kevin up off the ground! Completely flustered, Kevin dropped back down on to his knee and was able to pop the question! The rest, as they say, is history. (AKA, she said yes!)

In keeping with their progressive 21st century story, a few weeks later, Christine reciprocated the question and presented Kevin with an engagement band as well!