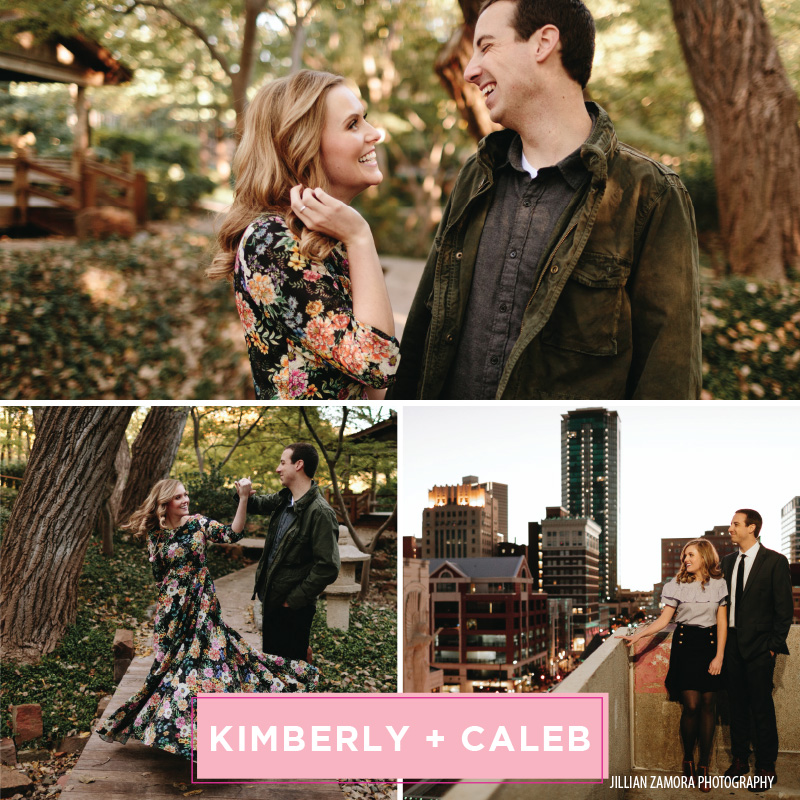 Caleb and Kim met in high school marching band–like nerds do–fell in love, and became high school sweethearts. The two adventured through the ups and downs of high school and through college at TCU. You could say they are “vintage-souls,” always enjoying the simple, classic, and nostalgic pieces of life. On March 19th, 2016, Caleb took Kim to the Fort Worth Symphony at Bass Hall. The scheduled program changed last minute, and coincidentally the symphony performed Elgar’s “Nimrod” from the Enigma variations, a favorite piece of Kim and Caleb’s. After the symphony, Caleb told Kim there was a new statue he wanted to see by the library at TCU. Kim–thinking she hadn’t seen a new statue recently, but decided not to question anything–said, “Sure!” They pulled up behind the library and got out of Caleb’s car, and started walking towards the front of the building; but, instead of walking towards the library, they turned towards the front of Robert Carr Chapel, next door. Kim began wondering what was going on, and why they were taking a walk like this when it was rather chilly out. Then Caleb said, “Well, actually, there is no statue.” At this point, Kim began to get butterflies and couldn’t stop smiling. He got down on one knee in front of the chapel doors and asked Kim to marry him. Of course, she said, “Yes!”