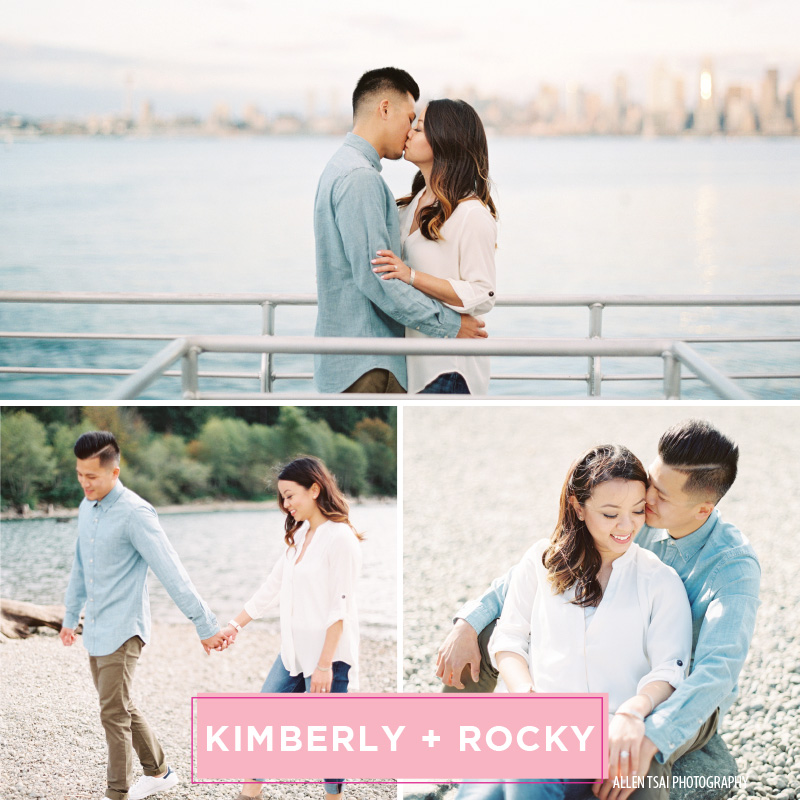 It was their nine year anniversary and Kimberly surprised Rocky with tickets to Seattle, WA. However, Rocky decided to put a little twist to the surprise by surprising her with a proposal! Something she, their families, and friends had been waiting for!! They went to a very nice dinner and had been laughing all night but she could tell he was a little distracted and nervous and kept checking his phone. He told her that he wanted to walk around the boardwalk afterwards. They stopped under the huge Ferris Wheel where he turned and looked right into her eyes and popped the big question. She cried and couldn’t say yes any quicker! He hired a photographer who was hiding behind the trees to capture it all (which was why he kept checking his phone)! It was absolutely perfect.